Camel clay figurine is a must-have figurine for desert-themed cake design or other decorations related to desert.

This animal is often appear in the nativity set up during Christmas season.

This animal has a distinctive hump at its back and we should emphasize that in our figurine design.

According to Wikipedia there are camels with one-humped known as Arabian Camel - a native to the Middle East, and two-humped which inhabits Central Asia.

In this page I'd like to show you how to make a one-humped camel figurine.

The idea of my clay figurine came from one of the pictures at camel pictures and facts website.

Following the steps in designing animal figurine, I started my work with tracing the shapes of the camel in the picture and simplify it.

Here is the final look of our figurine: 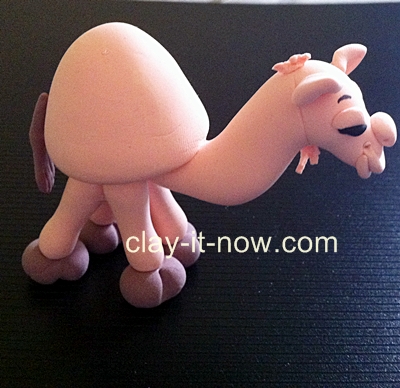